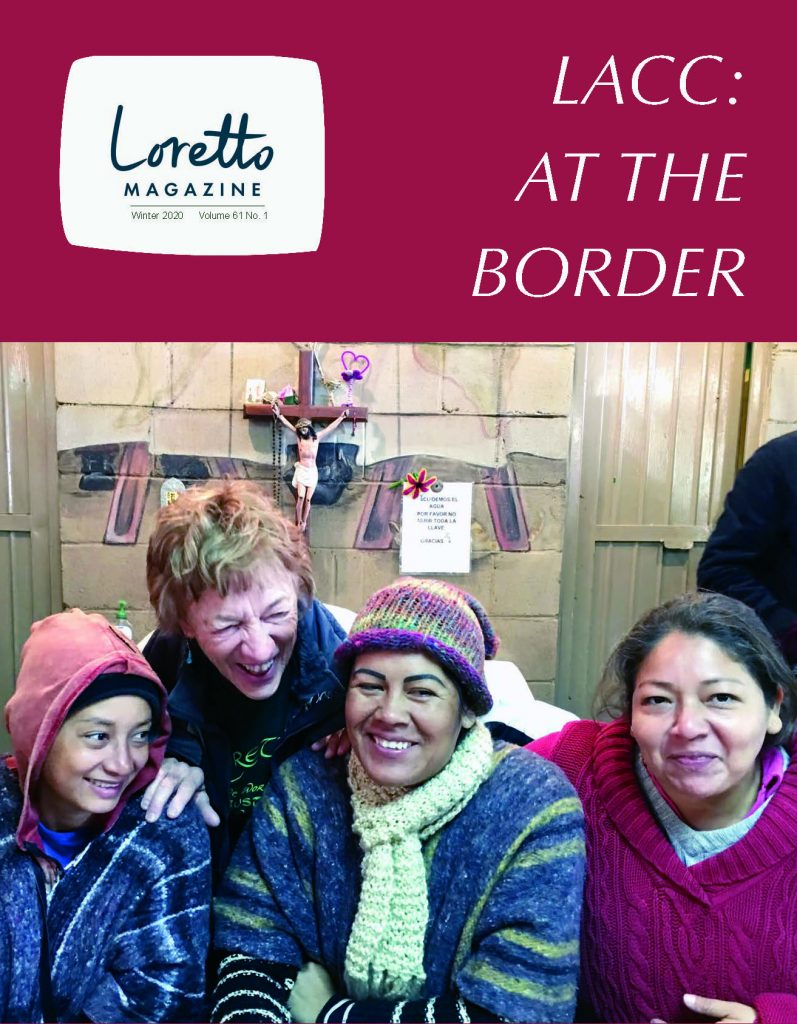 “Co-membership began as a means for those who were deeply connected to Loretto to have an alternative, non-canonical way of formally belonging to the Community.” Lisa Reynolds CoL

Molly has a long history with Loretto. Her great aunt Elizabeth Ann Compton was a Sister of Loretto, her mother Ann Kammien is a co-member, and her grandmother was a graduate of Nerinx High School, a Loretto school. Molly also attended Nerinx, where she gained a keen awareness of social justice and women’s issues, learned of Loretto’s strong sense of community and the importance of independent thinking.

The Resident Council at the Loretto Motherhouse Infirmary seeks to understand better the needs of residents and improve quality of life.

The Council, made up of Loretto Community members and lay residents, holds elections annually, with officers beginning their terms on January 1 each year.

Havern School has always been on the cutting edge of educating children with learning disabilities. The Denver-area Sisters of Loretto opened the school in 1966, after Sisters Barbara Schulte and Dorothy Hurley were educated in how to teach in this newly-developing field. At the time, learning disabilities, as they were later called, went largely undiagnosed.

In the early seventies, Judy Popp SL spent a year at the Motherhouse, thinking she would return to teaching the following year. Instead, when a social work posi-tion opened up at the nearby Abbey of Gethsemani, she applied. She was hired and hasn’t looked back.

Loretto’s work at the border

Loretto’s Latin America/Caribbean Committee (LACC) has been on the front lines of the immigration crisis for many years at the Arizona border crossing between the U.S. and Mexico. LACC’s Border Experience provides interested groups the opportunity to witness the plight and the experience of U.S.-detained immigrants who have fled violence in Central America. Border Experience participants witness detainees’ housing situations, the legal process (immigration court) and interact with Mexican and American social service agencies providing aid to those seeking asylum in the United States.

“Shahnaz changed after her husband’s death…”

Daim is in class four in our school in Lahore. He is 13 years old but his height is only two-and-a-half feet. His parents were getting medicine for him for his height but last year his father died of a sudden heart attack. His mother is illiterate and there is no source of income for herself and three children.