Posted on November 8, 2019, by Loretto Community 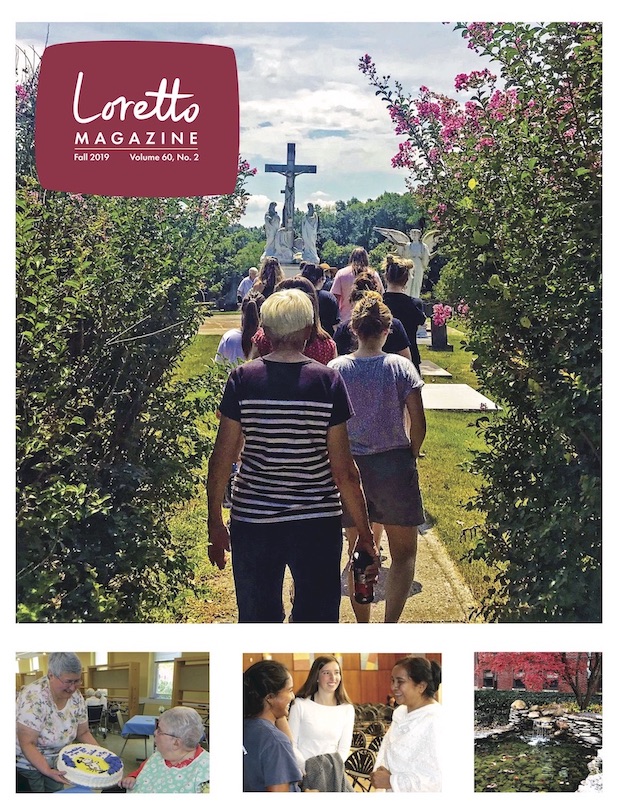 As of the end of 2019, the vowed Sisters of Loretto currently living have collectively served in various ministries to the People of God for over 7,600 years. Sisters take first vows in Loretto after a preparation period where they formalize their desire to enter more deeply into consecrated religious life.

Jubilarians celebrate at the Motherhouse

Loretto celebrated three important anniversaries at the Motherhouse this year: two 75-year jubilees and one 80th.

Loretto at the UN welcomes students

March 2019 marked the 11th year that the Loretto Community has welcomed a delegation of high school students to the United Nations’ Commission on the Status of Women (CSW) in New York City. The CSW serves as the principal global policy-making body dedicated exclusively to gender equality and advancement of women and girls.

Nasreen Daniel, Samina Iqbal and Maria Daniel, three Loretto sisters living in Lahore, Pakistan, were asked by the local bishop to take over operations at St. Anthony’s School, which teaches children from preschool through eighth grade. The students, Christian and Muslim, come from the neighborhoods surrounding the area where our sisters live, called Green Town. Most of the families struggle to get by.

On the grounds: Motherhouse missives from Anndavid Naeger SL

Some months after my arrival at the Motherhouse in 2002, Sister Anthony Mary Sartorius, who was the Motherhouse Service Coordinator, asked me to write about the many events which take place here, much like the annals which each convent used to keep. I decided to record the present happenings and end the monthly piece with events from the 1800s. I have not missed an issue since that time in spite of a broken arm, pain and suffering, praise and criticism, too little material, too much, etc. As Sister Cecily Jones often reminded me, “You are writing our history one month at a time.” Of course, the death of a Sister always receives priority each month, but no occurrence is too small or too large to include. I suppose I will continue writing until I am told to stop! To give a taste of the flavor of the publication, I have selected samples.