Remembrance of the Life of Brian Hammond CoL 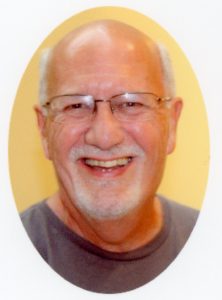 Brian Hammond was born in 1943, the older of two boys only 14 months apart. When Brian was 9 his father became seriously ill, and three years later his father died. Brian became the “man of the house” and took responsibility for a variety of household chores along with home maintenance and repairs. His mother rounded out his skill set by teaching Brian to cook, sew and clean. Brian also worked a paper route, did yard work and served as a camp counselor while still finding time to play soccer and football in high school.

After high school graduation in 1961, Brian attended Union College in New York for a couple of years. Then, in 1965, Brian married a woman he knew from high school. They had two children, Brad and Aimee, and the marriage ended after five years. Brian gained custody of the children, who were 4 and 5 years old.

While in his 20s Brian spent several nights a week volunteering at a teen recreation program in the inner city. When a full-time position became available with Catholic Charities at a local settlement house in Syracuse, N.Y., Brian went to work there. Both Brad and Aimee attended a small school affiliated with Syracuse University where Barb Mecker taught after completing her master’s degree in special education at the university.

Brian and Barb were married on New Year’s Eve in 1975 in a simple wedding. They added Michelle to their family of four in 1976 and Annie came along in 1980. Brian enrolled at Syracuse University and completed courses in social work, sociology and community organizing. He also worked with the National Youth Community Service Demonstration Project, a predecessor and model for AmeriCorps.

In 1981, the Reagan Administration ended funding for Brian’s program and the family decided to move to St. Louis to be closer to Barb’s family. Brian’s parents had died and his brother was living in Colorado. In St Louis, Barb went to work at the Special School District while Brian enjoyed being home with the kids and attending Webster University to finish his degree. It was the beginning of a lifelong commitment by Brian to be actively involved in his children’s lives. Brian, Barb and their children lived with Barb’s mother, sister and brother in Webster Groves, Mo. Brian’s brother, Barry and his wife also moved to St Louis and lived in the Mecker household for a while. Years later Brian became a kidney donor for his brother and was deeply grateful that he could do that.

Brian and Barb joined Holy Redeemer Parish in Webster Groves and Brian served on the Parish Council and became a youth group leader. As a Nerinx Hall parent, Brian was very involved in activities there. He became an active agent in the empowerment of women, especially his own daughters. He was a strong feminist who integrated gender equality into every aspect of his life. Barb’s decision to become a Loretto co-member and Brian’s Nerinx connections provided ongoing opportunities for Brian to get to know Loretto. Brian chose to become a co-member, too, and was a fully engaged member of the Community for almost 20 years. Through their involvement in Loretto, Brian and Barb brought their family into Loretto and Loretto into their family. The residents of the St. Louis Center loved visits from Brian and Barb that included the grandchildren.

Soon after the move to St. Louis, Brian’s career as a tech savvy instructor began. He started out with Texas Instruments and taught people how to use their new home computers. Later on he served as the information technologies manager and developer of Ascension Health System’s online educational program and received a national award for his work.

Brian’s love of technology and the capabilities it offered to people and programs found an eager audience in Loretto. He spent countless hours in St. Louis helping individuals with their computers, printers, etc., and served as the local technician for WebEx, Zoom, assemblies, regional gatherings and many audio-visual projects. Brian also assisted the St. Louis Staff Office, especially the Health Care and Communications staff members. He spent time helping people at the Motherhouse whenever he visited, and did all of the work to set up the computer lab at the Motherhouse Convent. Brian also volunteered for more 10 years with Guardian Angel Settlement, and inspired the next generation of Hammonds to follow in his footsteps.

Brian was appointed to the Investment Committee and elected to the Forum. As an Investment Committee member he participated in the MCRI (Missouri Coalition for Responsible Investments) meetings in St. Louis and inspired other religious communities to consider associates for this work on behalf of their community. Through the Forum, Brian devoted time and energy to Loretto’s future and worked with staff to upgrade the Community’s technology and the website. Prior to his service on the Forum, Brian also had helped with the Volunteer Program website. Brian’s love of Loretto and desire to build a solid future for Loretto’s mission was a constant thread through all his work. He was especially committed to technological advances, the UN NGO, the Loretto Volunteer Program and creating opportunities to maintain connections with alums from Loretto-sponsored schools.

In addition, Brian was appointed to the Nazareth board in El Paso, and he traveled to Guatemala with Barb to visit the Holy Family Sisters and share the concept of co-membership with them.

In every circumstance you could count on Brian’s commitment, his humor and wit, and his sharing of expertise. Whenever meetings were held in St. Louis, you could look forward to Brian’s warm and generous hospitality. He loved to welcome people into his home, prepare a great meal and set the stage for meetings that were both productive and fun. Lillian Moskeland, a Forum member and member of Community Group 22 with Brian, remembered many such evenings when the conversation focused on how they could be better for and within Loretto.

Much of Brian’s work, from youth programs to online education for Ascension Health, required great listening skills and the ability to truly understand people’s needs and limitations. Brian was an attentive listener who engaged both his mind and his heart as he listened. Sharon Kassing described him as “another brother” who was thoughtful and insightful. He could be a wisdom figure and a listening post for members of the Community whether they were older or younger than he.

Especially in retirement and in the face of illness, it was evident that Brian lived each day with gratitude, openness, courage, determination and a great love for life, family and friends. He had the inner strength to squarely face hard times and still be a source of strength to everyone around him. Brian was a joy to be with in sickness and in health, in good times and in bad, for Barb, his family and Loretto. (prepared by Kathy Wright)
[shashin type=”album” id=”111″ size=”small” crop=”y” columns=”max” caption=”y” order=”date” position=”center”]