Remembrance of the Life of Joan Wislinsky CoL 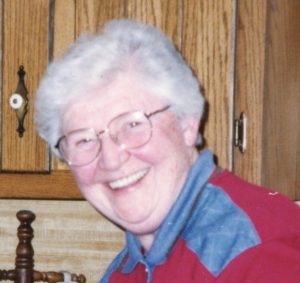 Joan Emily Wislinsky was born in Oshkosh, Wis., where she grew up and worked for all but 25 of her 84 years. She was the youngest of seven children of Edmund Riley Wislinsky and Marie Elizabeth Basing, themselves natives of small towns in central Wisconsin who had settled in Oshkosh. Joan attended parochial school at St. Josephat Parish, public high school and Wisconsin State College, Oshkosh, where she received a bachelor’s degree in social studies in 1956. Joan grew into adulthood as a member of a large Catholic family, enjoying frequent contact with her parents, brothers and sisters and their children.

Joan herself described much of her adult life in accounts she wrote for Loretto. Following her college graduation, Joan tells us, “I taught various social sciences in three different Wisconsin high schools … for 12 years. … It was a lucky happening in 1967 that provided me with my introduction to Loretto. I was starting a yearlong graduate program at Purdue University where I met Mary Martha Mueller, who at the time was a Sister of Loretto and faculty member at Webster College. We became friends and spent a considerable amount of time together. When not studying, our conversations often turned to Loretto.

“A year later, while exploring leaving teaching to be involved in social work, I took a job in St. Louis County … as a caseworker for the St. Louis County Department of Social Services, working with clients receiving old age assistance and aid to the permanently disabled. … Mary Martha invited me to share her house on the Webster campus. During that year in St. Louis, I became acquainted with many Sisters of Loretto and former members and I caught the Loretto Spirit.”

Also during that year in St. Louis, Joan was introduced to Mary Martha’s nephews and niece —Tommy, Mark, Bubba, and Jan — who join us today (Aug. 26) with some of their children and grandchildren. The Wislinsky family will celebrate Joan’s life in Oshkosh on Sept. 9.

Joan’s account of her work life continues: “I returned to my home in Oshkosh, Wis., [and] was offered a teaching position at the University of Wisconsin Center—Fond du Lac. [For the next 20 years] I taught economics full time. Among other activities, I served as treasurer and president of the Board of Directors of the Oshkosh Bureau of Family Services, an agency which provides budgeting assistance and other services to families in need. I held a Wisconsin real estate broker’s license, and worked many summers selling and appraising residential real estate.”

Mary Martha joined Joan in Oshkosh in 1970. They welcomed many Loretto friends to their home on the shores of Lake Winnebago and visited Loretto friends in St. Louis and at the Loretto Motherhouse on many different occasions, especially after Sister Francetta Barbaris retired to the Infirmary. In the mid-1980s they were even tireless and enthusiastic summer camp workers for children in the neighborhood of the Motherhouse.

For some years Joan and Mary Martha had discussed co-membership, and in 1985, after attending the Gathering at Estes Park, both applied. Joan explained: “It was apparent to me that many of my values were consistent with those of Loretto. During my years of teaching economics I emphasized that a fair distribution of income is a basic function of our economic system. Teaching was one of my ways of working for justice.” Joan was accepted as a Loretto Co-member on Oct. 25, 1985.

In 1990 Joan retired from more than 30 years of teaching in Wisconsin public schools and universities, highly praised by both colleagues and students. She and Mary Martha moved to Kentucky, to the hilltop home across the highway from Loretto Motherhouse, which they named Mockingbird Hill. There they embellished the grounds and created a wonderful three-season porch, the scene of much hospitality for the Motherhouse and wider Loretto community. In their first years on the hill, Joan walked every day to pick up their mail at the Motherhouse post office. She and Mary Martha cleared their long snow-packed drive themselves, one beginning at the top and the other at the bottom.

At the beginning of Joan’s 24 years on Mockingbird Hill, she wrote: “In my five years of co-membership I have received much from the Loretto Community. I have felt the support of our common values, received spiritual nourishment, and formed new friendships all while living some distance from any group of Community members. Now that I have relocated to Kentucky, I renew my co-membership with the intention of being more directly involved in the daily life of Loretto by becoming an active part of the Motherhouse Community.”

A short list of Joan’s involvements in the daily life of Loretto reveals her generous contribution of her many and varied skills:
• With Mary Martha, Joan served as a regular driver for medical and recreational trips.
• She served on the selection committee of the William and Mary Buckler Scholarship Fund for Marion County high school seniors; eventually she assumed responsibility for organizing the program and recruiting and supervising the annual college scholarship recipients.
• Joan worked on build sites for the local Habitat for Humanity, then served on the board and used her real estate and economics skills to mentor new homeowners.
• She was an active contributor to Motherhouse committees, including the Personnel and Land Use committees.
• As a member of Community Group 18, Joan brought careful preparation and thoughtful insight to the group.
• Appointed the “Builder’s Representative” for the Sisters of Loretto, Joan oversaw the design and construction of the secure environment, St. Joseph’s wing of the Motherhouse Infirmary
• Joan served on the planning and design team which brought about the physical transformation of the old auditorium into the new Loretto Heritage Center.

A half dozen years ago Joan acknowledged reluctantly that she had the symptoms of Alzheimer’s disease which had affected others in her family. She experienced a slow decline in her enjoyment of reading, public television, Packers games and witty conversation. In July 2014 she moved to the Motherhouse Infirmary, and in 2015 she and Mary Martha returned to Oshkosh to be closer to Joan’s family. Late last year, Joan and Mary Martha moved one more time, to Louisville where Joan found excellent care at the Sisters of Charity’s Nazareth Home. Her final weeks were made comfortable and dignified by the attentive staff and by Mary Martha’s constant presence. Joan died very quietly, on her face that gentle smile which her friends recognized as the essential Joan. 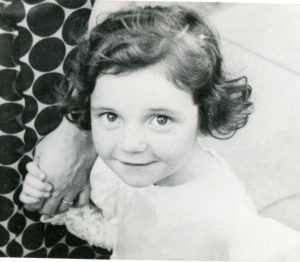 Joan Wislinsky as a young girl 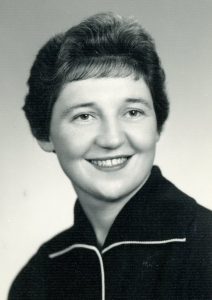 Joan Wislinsky as a young woman

Joan Wislinsky and a beloved pet 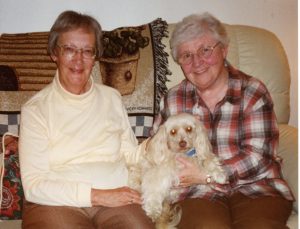 From left, Mary Martha Mueller and Joan, with a beloved pet

Joan and a beloved pet 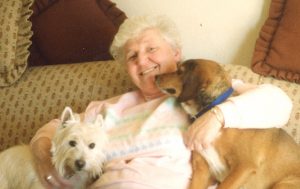 Joan, surrounded by hugs and kisses from beloved pets 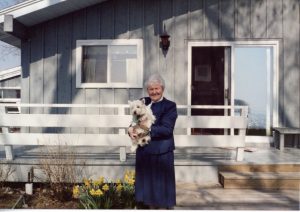 Joan at Black Wolf, a close up

Joan Wislinksy with family and friends 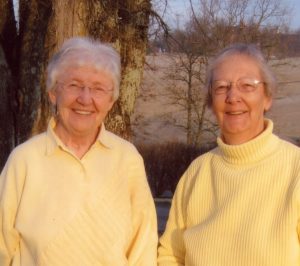 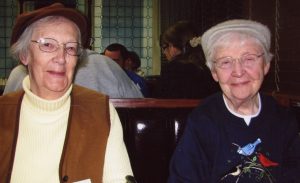 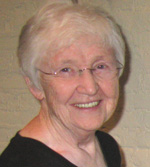 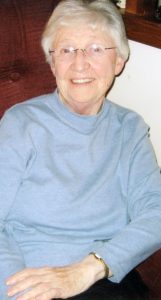 Joan Wislinsky, all smiles in the kitchen

Donate today
This site uses cookies to track visits anonymously so we can make your experience better and know how to provide you relevant content. If you click "Ok," you consent to this.OkPrivacy policy