Posted on February 2, 2017, by Loretto Community 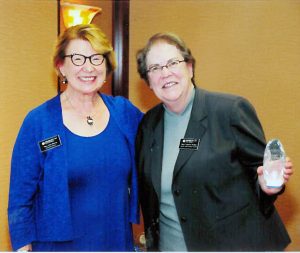 With more than 70 professional and personal friends, Mary Catherine Rabbitt celebrated her retirement from Disability Law Colorado Dec. 15, 2016. Testimonials were given by her agency colleagues. Jon Asher, executive director of Colorado Legal Services, and Maureen Farrell-Stephenson, who co-founded the Colorado Center on Law & Policy with Mary Catherine in 1999, were among those praising Mary Catherine.

Cathy Mueller spoke on behalf of Loretto and her remarks emphasized Mary Catherine’s earlier work for the Loretto Community as Social Advocate from 1975-1981. During that time, she served on the boards of the National Farm Worker Ministry and the Interfaith Center on Corporate Responsibility. These efforts included work on the grape and lettuce boycotts, the Nestlé Boycott and on the lawsuit with Blue Diamond Coal. Cathy spoke of how these earlier efforts on behalf of the poor and disenfranchised prepared her for the services she provided to the elderly as an attorney.

Mary Catherine graduated from the University of Denver College of Law in May 1984 and immediately began work with Colorado Legal Services. She had been a staff attorney at Disability Law Colorado since May 2008, following her term as Loretto’s president and a year’s sabbatical. 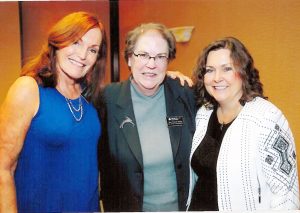 Some of Mary Catherine’s professional accomplishments that were highlighted at the celebration included her induction into the National Elder Rights Advocacy Hall of Fame, her work for the Colorado Health Care Conversions Project and her service as lead counsel in Miller v. Ibarra, which led to the Miller Trust legislation in Colorado and became part of federal Medicaid law in 1993. The celebration ended with a video of each Disability Law Colorado staff member congratulating her on her career and wishing her health and happiness in retirement.