Forging Peace Along with Garden Tools 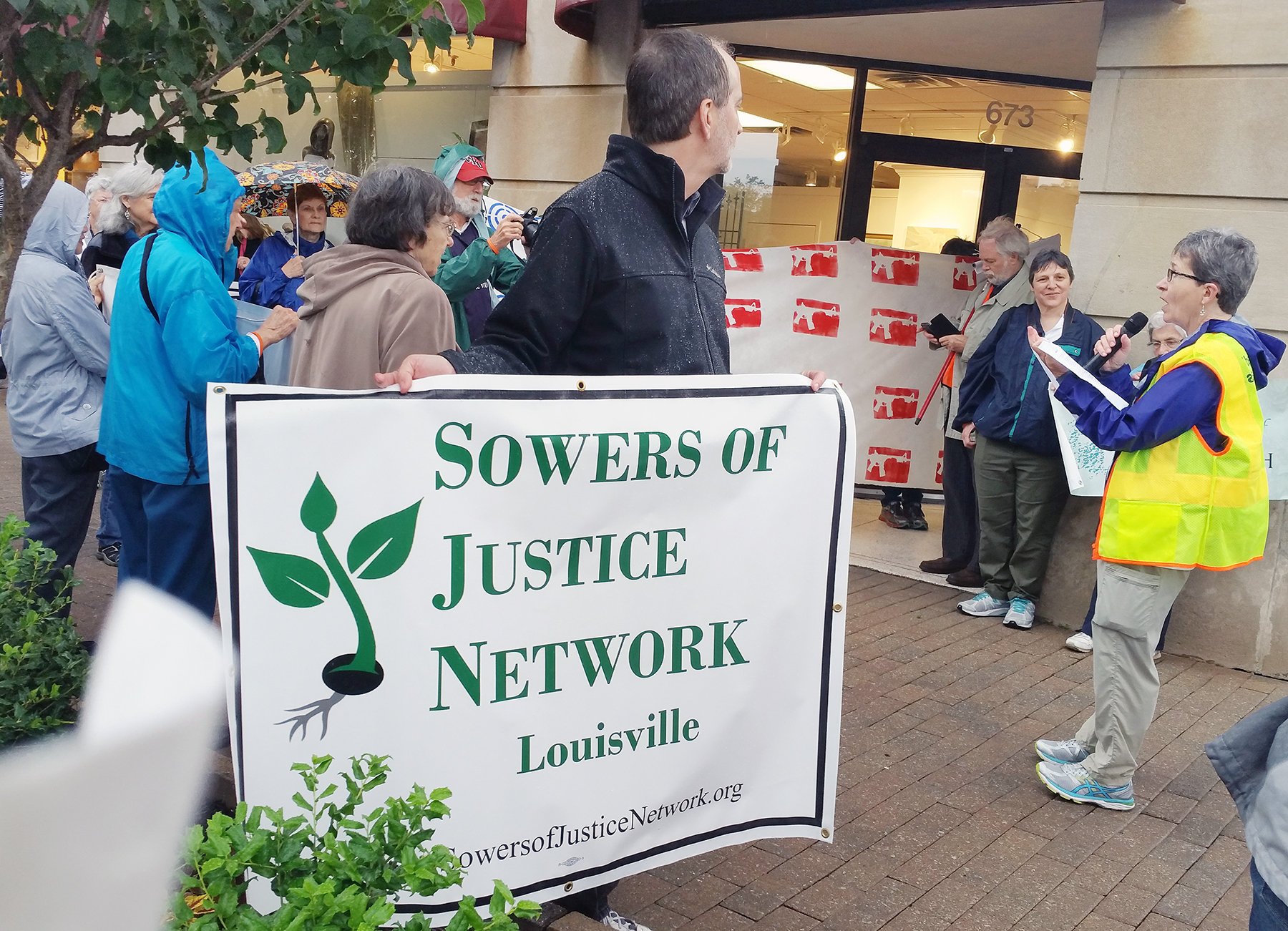 At right, Pat Geier speaks to participants in a prayerful march for solutions to gun violence. The march was led by the Sowers of Justice Network May 21 in Louisville.
(Photo courtesy of Pat Geier) 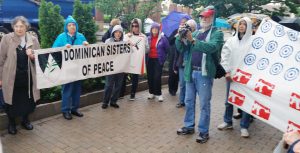 Members of the Louisville community gathers for the march.
(Photo courtesy of Pat Geier)

Zealous NRA members held their 2016 annual convention in Louisville on May 21, spurring into action hundreds of engaged Louisville citizens. We are seeking an alternative to the gun- crazed culture that has plagued American cities in recent years.

In spite of Donald Trump, who was the NRA’s keynote speaker and the NRA’s billboard advertisement of “11 acres of guns and gear” at the Kentucky Fairgrounds, Louisvillians showed up on the streets, in churches and at civic events to protest and to give witness to the dream that a new way is possible. Participants included both gun owners and people opposed to gun ownership. As Sowers of Justice intern Shameka Parrish-Wright kept reminding us, “We all meet at gun safety.” 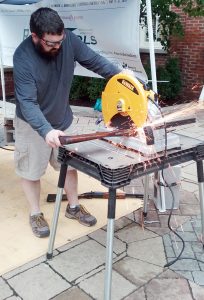 Mike Martin, a blacksmith with RAWtools Inc., set up shop on the waterfront throughout the week and hammered donated guns into garden tools — a symbol for generating imagination as we seek solutions to the spiral of violence facing our communities. RAWtools Inc. gets its scriptural motivation from Isaiah 2:4 and Micah 4:3. “It’s not enough just to make a lot of tools from guns. We need to help teach each other new ways to solve our problems through relationship, restorative justice practices and victim-offender dialogue,” Martin said.

Early May 21, the Sowers of Justice Network led a prayerful march from Christ Church Cathedral to Spalding University to watch the newly released film, “Under the Gun,” produced by Katie Couric. Hosting the film was Moms Demand Action, a 4-year-old, now-national organization of dedicated women (and men). It was followed by a panel discussion with gun violence victims who were featured in the film. Moms Demand Action has initiated a chapter in every state and is among the most active and effective of the gun control organizations. The group was instrumental in defeating 64 bad gun laws in 2015.

“Hands Across Louisville” brought people together in the West End calling for solutions to the root causes of gun violence, namely economic inequality, lack of decent jobs, underfunded schools and environmental degradation in our most vulnerable neighborhoods. 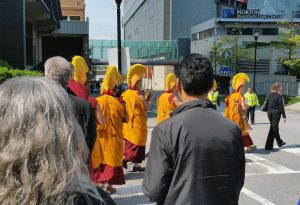 Members and co-members of Loretto, including Mary Swain, Pauline Albin, Julie Popham and me, gathered near the former Loretto High School in the West End to show solidarity with gun victims and enjoy the African-American Heritage Festival that also was taking place.

The day ended with a gathering of about 200 people who joined with Buddhist monks from the Drepung Gomang Monastery and participants from the Festival of Faiths in a powerful, silent walk to the waterfront where the monks released into the Ohio River a sand painting painstakingly created early in the week. The rest of us formed an enso, a Zen Buddhist circle symbolizing enlightenment and strength, around the children of the River City Drum Corps, who beat their drums, danced and sounded the hopes and prayers of all of us who yearn for a nation where swords really will be turned into plowshares and guns into useful implements, not for death, but for the necessities of life. 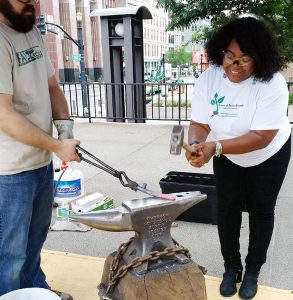 Under the watchful eyes of Mike Miller, a woman beats a gun into a garden tool.
(Photo courtesy of Pat Geier)