Interfaith Funeral of a Squirrel from Maria Daniel SL

Posted on September 22, 2017, by Loretto Community

Interfaith Funeral of a Squirrel
From Maria Daniel SL

It was Friday early morning, I was getting ready to go to school. I saw outside my window, some school students saying funeral prayer (Muslims) and Christian students were with them, too. Wondering what is going on, I started searching for the person who died and found out that it was a squirrel that may have died due to last night’s thunder storm and heavy rain. Stealthily, I took some pictures of the funeral. 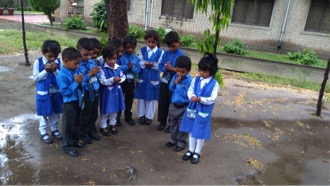 Grave digging it was a little bit difficult for the children so they ask help of the watchman. 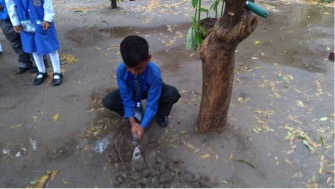 Now dead body in the grave. 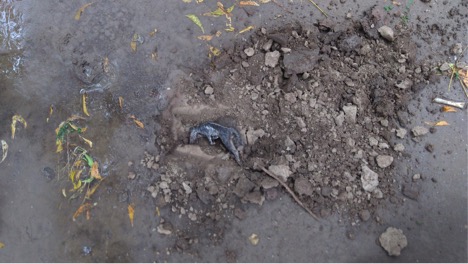 Putting the mud on the dead body of the squirrel. 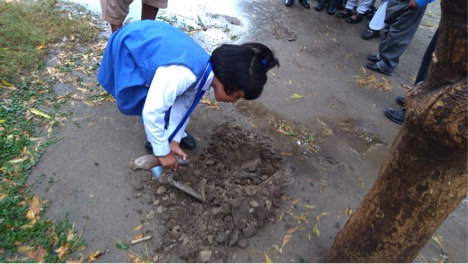 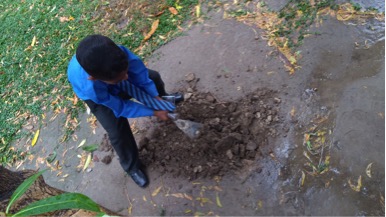 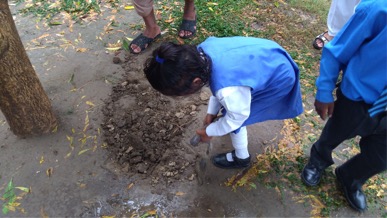 After the covering of the grave with mud the kids stood still for some moments. I wondered what they were thinking. I did not want to go out and disrupt their ritual; they might think that I was intruding in their very sacred rites.

During our morning prayer I could not keep my mind on the psalms of the day. I was in awe of the beauty of the little children who prayed for little squirrel’s after-death peace. Who among us would think of such an idea to pray in our own rites for the repose of the soul of a little animal? I shared this with the staff of our school and many teachers, Christians and Muslims, were dumbfounded.

[Notice the children with their hands in prayer: open palms for the Muslims and palms together for the Christians. All praying devoutly.]