Jubilee Reflection: A Little Story About a Lifetime Commitment

Posted on February 2, 2017, by Loretto Community 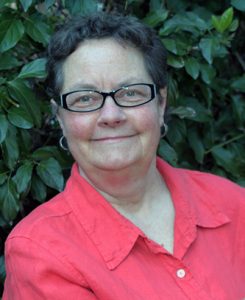 Here is a little summary of what I hope I said at my Jubilee after telling the story of meeting Loretto through Vicki Quatmann and making my commitment at Jeannine Swift’s home:

I have always had some Bible verse that I focused on, sometimes for a few weeks and sometimes for years. When I was introduced to IATW, I realized that I had in my hands something that could provide guidance and great expansion on the meanings of the verses I chose. For example, for years I loved the notion that “God calls us by name.” And in IATW, “a community of persons who believe in one another and at the same time, know that community of faith cannot substitute for individual integrity of belief.” We are called by name both collectively and individually.

In later years, I focused on “all things created by God are good” and found this in IATW: “to share universally what one has means to share intimately what one is. Doing this requires an uncluttered and unclinging spirit … that enables us to receive both persons and things joyfully and gratefully.” That unclinging spirit is what allows us to experience God’s creation as good.

I used to ask vowed members which vow was the hardest and was surprised when many people said, “Obedience.” But as I go into the next 25 years of being a co-member, I think I understand it. Obedience comes from a Latin verb meaning to hear. To take a vow of obedience is to promise to really listen to others. No one can hear you until they feel heard. Jesus starts many parables with “listen” and often cautions, “Those who have ears, let them hear.” But IATW is easier to understand: ”Religious obedience is the continuing effort to become what God calls us to be. We promise to accept this task and to animate one another in fulfilling it.” And, “The difficulty implied in this choice is real. Only knowledge of ourselves and of those with whom we have chosen to work out our lives will convince us that the way to freedom is through relating to others, a task which entails daily struggle with our human limitations.”

So I will be focusing on listening so I can really hear. And I ask for your help.