Skip to content
Home » Features » Loretto Turns Out for Women’s Rights: A Time for Reflections

Loretto Turns Out for Women’s Rights: A Time for Reflections 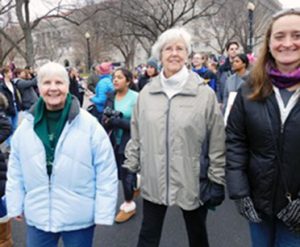 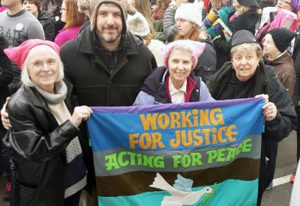 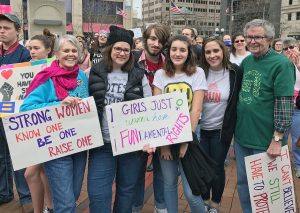 Families, husbands, co-members and vowed members of Loretto gathered around the nation to stand for women’s rights. Ninety-six years ago, women suffered to gain equality under the law and today that hard-fought battle seems in danger. The young suffer discrimination for being “feminist” from friends who learn to repeat and forget. However, there are young such as Mary Helen Sandoval’s 7-year-old granddaughter who inspires her, and my granddaughter, Sofi Cobb, who encapsulate the feelings of all saying, “I am so glad I came; this was great! I will always be feminist” (words shared by her 18-year-old brother). The young feel a part of the true picture.

As their bus from Baltimore neared Washington, D.C., Eleanor Craig and Kaye Edwards prayed with an Episcopalian church group for all marchers. See prayer on page 12.

The two walked most of the day in New York City until their feet urged them to take a rickshaw while Jessie Rathburn and her husband, Andy Dyrsten, continued on foot. 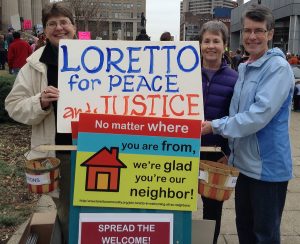 Two carloads of Motherhouse Community residents drove to the rally in Louisville, Ky. Mary Peter Bruce said this event gave her hope and a lighter spirit. Susan Classen, Julie Popham and Pat Geier offered signs to marchers who gave them donations for Loretto. Susan reported, “Lots of people who wanted signs took pictures in order to have the website info. I’ll be very interested to know how many hits we get on the link!”

From Denver, Mary Helen Sandoval shared, “It was the most amazing thing imaginable! Throngs of people giving one another hope.” She echoed the feelings of all marchers. 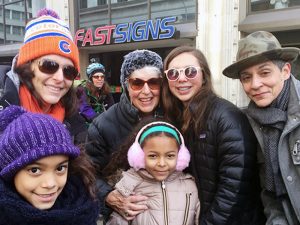 Barbara Wander and Therese Stawowy commented on crowds in San Francisco. Barbara said, the “[people] ranged from young to old, standing shoulder to shoulder, some from Australia, UK, as well as South Africa, all joining in to stand together for the rights of women and all human rights.”

Kathleen Kennedy with her sister, Eileen, and her nephew and his wife witnessed the more than one million marchers in Washington, D.C. I close with an excerpt from Kathleen’s reflections as they summarize well the feelings of the other contributors: “Pussy hats were everywhere. I saw the solidarity! Looking out over the huge crowds, one witnessed every color, age, gender, religious persuasion and issue of concern for humanity, as evidenced by the diverse language and photos on the demonstration signs. There was a spirit of love and respect. Never have I been in a crowded space of this magnitude where people demonstrated kindness and peacefulness over huffiness and impatience. That was a gift.” 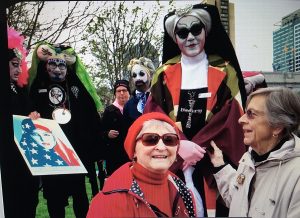 Estimated attendance at marches in which Loretto took part:

Read “The People’s Oath,” by the New Sanctuary Movement of Philadelphia Staff and Members. Reprinted with permission. 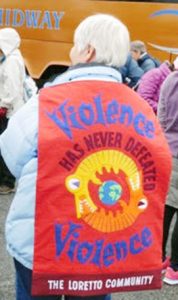 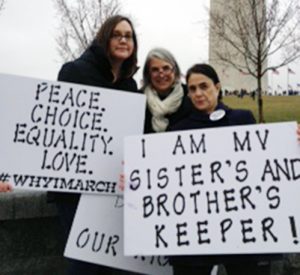 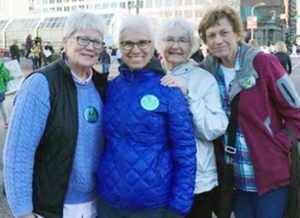 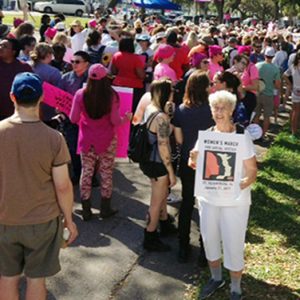 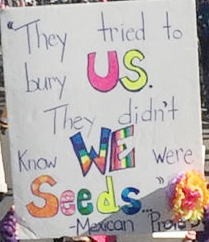 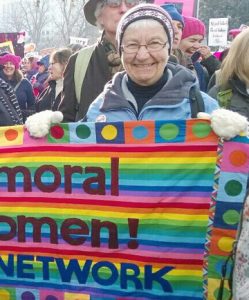 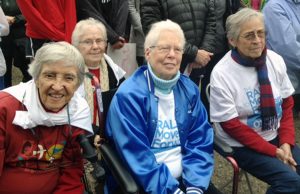 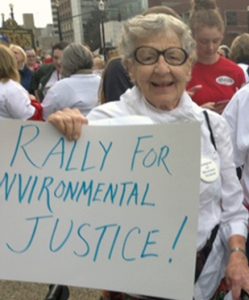 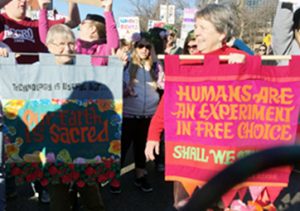 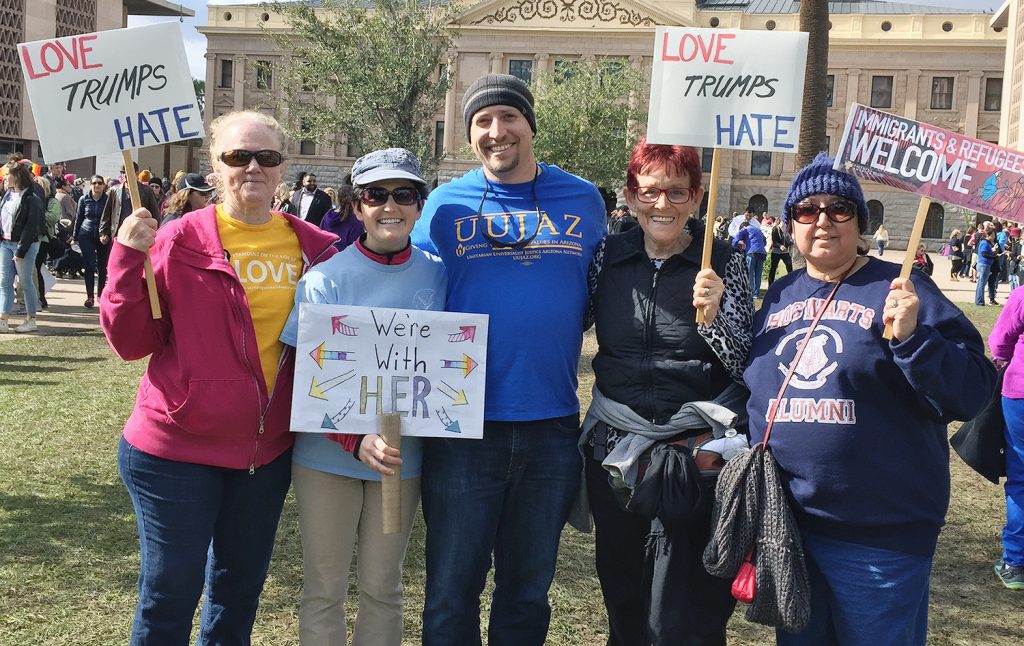