Remembrance of the Life of Jenelyn Wessler CoL

Posted on December 5, 2016, by Loretto Community 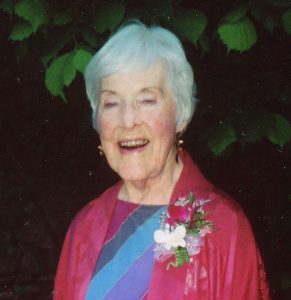 Of Jen Wessler’s early years we have little information. We do know from her co-membership application, completed in 1980, that she was born in Oregon, named Jenelyn and attended St. Helens Hall High School in Portland. She went on to earn a bachelor’s degree in Allied Arts at the University of Oregon. She married Dan Wessler while both were undergraduates. They began law school together in Oregon, then changed course and enrolled at San Francisco Theological Seminary.  Eventually they went to the University of St. Andrew in Scotland, where Dan earned a doctorate in Christology.

Jen and Dan came to know Loretto in the 1970s when their children were mostly grown and both were actively engaged in church affairs and peace and justice works in the Louisville, Ky., area. In the autobiography which is part of Jen’s 1980 application for co-membership, Jen summarized her adult life to that point:

“Looking back at the path of my faith journey, I see it has many curves. After graduating in fine arts, joining Dan in the degree program of the Law School was the first curve; that took another turn in two years, when we made the crucial decision to go to Seminary. Auditing courses at Seminary brought me along some of the same paths Dan traveled, ‘the I always knew myself as artist.’

“God seemed ever to beckon us on to learning, growing, stretching, in graduate studies overseas, and living there with our first baby daughter, later joined by our adopted second baby daughter.  Parish life, as the wife of a minister, turned my path deeply into volunteer work and social concern, so there was little time left for the work of an artist. Four growing children taught much and brought valleys that tested faith as well as hilltops of joyous memories.

“Teaching moved from volunteer work in the black community to paid professional status after graduation from Spalding College (with an MAT). Being principal/teacher of the St. Benedict Primary School program as it moved from the base at St. Benedict to the top floor of a vacated school was another curve that ended after one year. Public school integration in Louisville and Jefferson County involved me in a year’s job with the Louisville Area Council of Churches, working for understanding and peaceful solutions. The last curve seems to have greatly influenced the present direction of the path on which I walk. The decision was made in 1976 to work with Dan for two years under a Lilly Foundation grant at the Louisville Presbyterian Theological Seminary in the development of a faith formation curriculum. My continual thrusts back into the work of an artist come together each week in necessary ‘alone days’ in my studio.”

Mary Swain SL recalls Jen’s visits to Loretto Motherhouse in the 1970s and early ’80s, when Knobs Haven Retreat Center was fairly new. “Jen and Dan brought students from Presbyterian Seminary as part of the January sessions between semesters. The seminarians were with us at Mass, doing the readings, and taking part in Communion. We learned ecumenism by being with Protestants and realizing how one we all are.”

Jen wrote about her reasons for seeking co-membership: “Over the past year (1979-80) our close relationship with the Loretto Community has developed through sharing in social concern, sharing in the hope for a faith-directed life, finding community in liturgy, and through participating in the Knobs Retreat Center dreams and plans for ministry. Close personal relationship in friendship with members of the Community and a growing awareness of the dimensions of vocation within the Community have brought a desire for this next step in associating more closely with the Loretto Community.  The decision to apply for co-membership became clear during a 12-day period of solitude in the quiet of the Canadian Quetico Wilderness.”

Jen’s initial co-member contract specified her contributions to Loretto. Every five years, Jen faithfully updated these commitments according to changes in her circumstances and her insight into needs of the Loretto Community. Jen committed herself to daily prayer for the Community and continuing care and concern for Knobs Haven Retreat Center: Jen was a member of the advisory board. In later updates she added care for the whole of the Loretto Motherhouse and the other large Loretto Centers. She offered hospitality in their home in Louisville and, after 1985, at the Wessler Homestead on 37 acres of wooded land in Ashland, Ore., spelling it out as “space for one to four persons in our guest house and camping space in tents or in the gazebo.”

Having committed herself initially to “share in social concern and action with special focus in developing countries and corporate structure accountability in this country,” Jen found her values both appreciated and broadened by her Loretto contacts. She and Dan attended the first Loretto Earth Network (LEN) gathering at Shadowcliff Mountain, where they led workshops based on the environmental awareness growing in them as they treasured the natural world of their Wessler Homestead. To celebrate the anniversary of that first LEN gathering, Jen was asked to write an article for the LEN 25th Anniversary Newsletter, Summer 2016.

Jen’s first contract included this plea: “Please help us to negotiate a financial commitment:  Would it be preferable to make this on a set monthly basis, or to place certain income-producing instruments with the Community, or should we be ‘on the ready’ for helping to support specific vocations?” As the years passed, the Wesslers made sizable financial contributions annually; they also offered financial support to co-members who lacked means to travel to Loretto assemblies.

Assemblies, Community Group meetings and other Loretto gatherings became essential ways for Jen to connect to Loretto. She wrote after she and Dan moved to Oregon: “Before we attended our first Loretto Assembly, we had no idea how important that time might be for our spiritual growth, closeness with the Community and social justice awareness. We believed that our incorporation into the community was complete because we were close to the Motherhouse. However, now we know a far broader community in reality and it keeps growing!”

Kathleen Tighe SL, a member of the Northern California Community Group, wrote: “Throughout the years Dan and Jen made the long drive down to our meetings. After Dan died (in 2005), Jen made the drive alone. When that became more difficult, she made the daylong trip in a crowded van. When she could no longer travel, she sent her responses to all of the discussion questions. In return the group would call her and tell her how the discussions went.”

Jen’s enduring love for Loretto is evident in a piece she wrote about co-membership: “We have been using I Am the Way in small segments for our evening meditation. This has been an especially meaningful time for us as we found ourselves, in meditation, better able to relate IATW to our own lives right now. … Where we live, with whom we live, how we live each day is of ultimate importance. We don’t think our way into a new kind of living; we live our way into a new kind of thinking.” 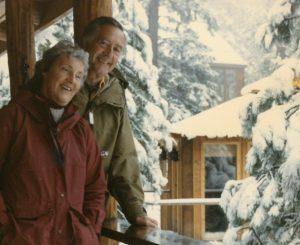 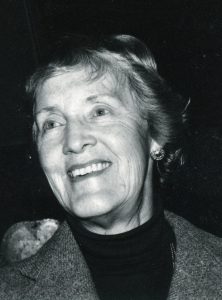 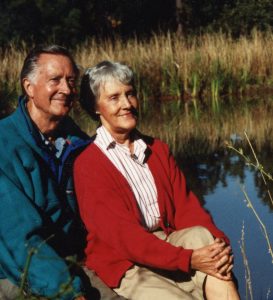 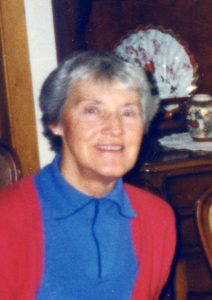