Remembrance of the Life of Sister Jane Marie Richardson SL 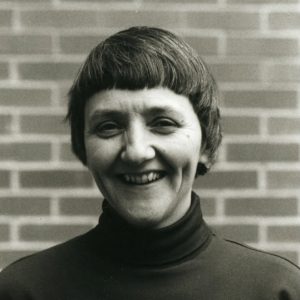 Mary Jane Richardson was born to Catholic Kentuckians Roy Clinton Richardson and Elsie Margaret Kippes Richardson in Louisville Kentucky, where she grew up in St. Benedict’s Parish, the sixth child and only girl in a family with eight brothers, one of whom died in childhood.

Jane was taught from the beginning by Loretto Sisters, at St. Benedict’s Elementary and Loretto High School, Louisville. She entered Loretto immediately after high school, receiving the habit and the name Sister Jane Marie on April 25, 1947.

On her application to Loretto Jane reported that she had six years of piano training, some voice lessons, and sang “a little.” During her first six years in the community she taught grade school music, choral work and private piano lessons, first at St. Philomena’s in Denver and then at Mt. Carmel in St. Louis.

While teaching in Denver and then in St. Louis, Jane worked on her undergraduate degree in music. Her 1956 senior recital at Webster College was a lengthy piano performance. Immediately after she earned her degree, Jane was sent to Louisville to teach at her alma mater, Loretto High School on Broadway. She was there for two years, during which she helped stage two operettas. During summers and one winter she did more study, for a Master’s degree in Musicology at the Eastman School of Music.

January, 1959 began with Jane teaching in St. Louis at Webster College and Marillac College with the Daughters of Charity. That fall she was appointed Assistant Mistress of Postulants and moved to the Motherhouse. The next fall found Jane again studying, for two years at Regina Mundi in Rome and for one year at the Institut Catholique de Paris.

Jane returned to Loretto Motherhouse in the fall of 1963 to serve a brief year as Mistress of Postulants. The next summer she was elected to the General Council, serving in her words as “Sister Luke’s assistant.” That same year, 1964, Jane accompanied Luke to Rome for the Second Vatican Council. She later wrote:

We were already en route there—Luke recognized it as history in the making and wanted to be near. Our ship was off the coast of western Africa when two cable calls came. The Associated Press in New York and Sister Helen Sanders in St. Louis both wanted to congratulate her on having been named that very day an official observer, the only American woman invited. Elation! I wanted champagne but we had to settle for ice cream. Those were great growing days in the Church.

When they returned from Rome, Jane had another new job: in addition to serving on the General Council, she was Director of young professed at the St. Louis House of Studies, a position she held for four years until the program was discontinued.

Jane returned once more to the Motherhouse in 1968. As a member of the General Council, she was among those who met for a fateful working session out of which came plans for a contemporary Loretto rule. Jane was assigned the task of crafting the new Guidelines, taking the material from the statements and aspirations of community members working through several commissions for renewal. Sections on Membership and Government were added later, but Jane’s original text has remained nearly the same, serving Loretto as our Rule, I Am the Way, for nearly forty-five years.

Two years later, Loretto’s central administration changed and Jane was free her to pursue a lifelong desire to live a quiet life of prayer and contemplation on the Motherhouse grounds. Jane wrote reflections on her new life style at various times, mostly when she celebrated her silver and golden jubilees:

It was in the early seventies that I first began to write music—songs for meditation and liturgical use. I’ve written about 150 songs, most of them psalm settings. Songs and singing are part of my being.

What can I say about starting Cedars of Peace? It happened so simply, so quietly, no big deal. Six years of living a contemplative life style, undertaken with the firm and gentle guidance of Mary Luke Tobin, seemed to lead naturally to building a few little cabins where others could also enjoy some quiet and solitude… Helen Sanders, my high school principal and another stalwart friend, with her executive committee, were amazingly open to the idea and the need. Many sisters helped, giving good advice physical energy and time. …It is almost unbelievable how simply it all came to be.

Jane’s quiet life encompassed great concern for the affairs and sufferings of those near and far. She was a participant in protests against the School of the Americas at Ft. Benning Georgia. In 1984 she traveled with a group of 32 Loretto women and other women to El Salvador, to support the Madres of the disappeared and to witness to the tragedy of the brutal rape and murder of U.S. women missionaries four years earlier. She wrote at length about this trip in a profound yet factual way.

In 1990 Jane left Cedars and moved to Louisville, to provide care and companionship for her very good friend Mary Schaldenbrand as Mary began her long struggle with advanced Alzheimer’s disease. In 1994 Mary began living in St. Joseph Infirmary at Loretto Motherhouse. Jane said of her: “Mary is the sister God gave me in my thirties. The gift of her friendship remains to this day a profound and transforming grace in my life.”

Jane continued to live and work in Louisville until early 2014. She served on the Loretto Staff as resource person for spirituality; she offered spiritual direction, wrote articles, did retreat work. She was an occasional volunteer work at a nearby community center. She belonged to a Merton study/prayer group, three women’s groups, a peer supervisors group, and the Archdiocese of Louisville Board of Ecumenism.

Gradually Jane’s friends and family noticed worrisome changes and urged her to move to the Motherhouse where she would be safe. She resisted. In the end the move was made without her full support. Many visited her in the Infirmary, from near and far, to remember and to thank her for her music, her guidance, her prayer, her contribution to our Guidelines, I Am the Way. In Jane’s final brief sickness, she was safe and surrounded by people who knew and cherished her.

Jane wrote a kind of summary of her life at the time of her golden Jubilee:

Like any life-journey, my own has been full of both the ordinary and the unexpected, the usual and the surprising. Some of the surprises: when I thought I would major in philosophy, music became my major; when I thought I would never see mountains, Denver became my first mission; when ocean travel would never have crossed my mind, I was sent to Rome for study; when I was ready to teach, I was asked to work in the novitiate; when I thought I might serve in a new government structure, I moved into solitude. Religious obedience has been an adventure! Sometimes easy, sometimes not. I tend to see my life now as a journey toward greater freedom, the freedom to be and to do what I really believe in. I think Thomas Merton is right when he says that the most important question in life is not “Are you happy?” but “Are you free?”