Remembrance of the Life of Sister Marie Dolorosa Simones SL 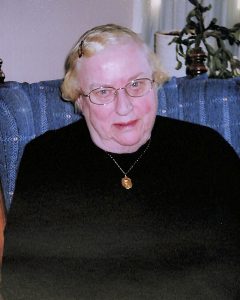 Sister Marie Dolorosa was named Dolorosa Victoria at her baptism in Dubuque, Iowa, in 1926. Her parents, Joseph and Florence, were Catholic Iowans. She had one sister, Florence, who was called Cissy. Their father was part of a very successful business family in Dubuque, so Cissy and Dolorosa, who was called Rodie, grew up in very comfortable circumstance with many material advantages. Rodie acquired her love of exploring the globe at an early age. Her father took the family on extensive vacations, whetting Rodie’s lifelong curiosity about the world.

Rodie was taught by Sisters of the Blessed Virgin Mary in Dubuque through high school and two years of college. At some point the Simones family moved to Denver and Rodie transferred to Loretto Heights College. In a letter dated April 1947 and addressed to Reverend Mother Edwarda, Rodie wrote:

“I wanted to enter the novitiate after High School but my parents wouldn’t hear of it. I then started college with the BVMs at Dubuque and stayed two years. My present status at Loretto Heights College is that of a second semester junior. My intention was to enter the BVMs but six months with the Loretto Sisters changed my mind. I would very much like to enter the Lorettos next fall.

“Please send me an application…care of Sister Jane Therese here at the College. I don’t want anyone to know about it for a while.”

Rodie Simones wanted to enter Loretto in the fall of 1947 after her junior year at the Heights. But the record shows that she graduated first, in May 1948 with a major in history and a minor in sociology. She entered the Loretto novitiate that fall, along with Jane Clark, Kay DeMarea, Simone Inkel and Mary Lee Murphy. Rodie received the habit and the name Sister Marie Dolorosa on April 25, 1949; she made her first vows April 25, 1951, and her final vows three years later.

Sister Marie Dolorosa was sent first to St. Ann’s School, Normandy, in North St. Louis County. Four years later, in 1955 she was sent to St. Ann’s in Arlington, Va., where Sister Angelus Caron taught Dolie how to cook. Angelus also taught both Dolie and Maureen Smith (Sister David Maureen) how to create wonderful bulletin boards. In 1961 Dolie was transferred to St. Augustine Elementary School in Lebanon, Ky., and two years later, in 1963, she returned to St. Louis to teach at St. Paul the Apostle School in the North County suburb of Pine Lawn. It was at St. Paul that Dolie became friends with Sisters Dolores Kelledy and Ann Johnson.

In 1967, when individuals were free to choose their place of work, Marie Dolorosa elected to return to her adopted home of Denver and to teach the upper elementary grades at St. Vincent’s School. “Sister D,” as she was known affectionately by her students, taught a total of 53 years, 37 of them at St. Vincent’s in Denver. Social studies and language arts were her strengths and her great love. She was known as an outstanding social studies teacher, a geography teacher par excellence, one who could unerringly draw students into discussion and participation. Marie Dolorosa was named to Who’s Who in American Teachers in 1990. A newspaper article reported at that time, “The [junior high school] classroom is her natural habitat, and her experienced ease within the teaching environment underlies the love she has for her profession.”

Dolie’s family, who had piqued her interest in world travel as child, continued to support her in traveling for her own and others’ education. She visited Europe a dozen summers in a row, taking with her Sister Margaret Ryan or Sister Jane Mary Mouradian. She made at least three trips to Russia, visited Canada, Mexico and Turkey. Along the way she acquired a magnificent doll collection, gathering dolls from every country to use in her classroom. With her broad travel experience and collections of dolls and other materials, it was said that Marie Dolorosa never taught from a text book.

Marie Dolorosa loved life and enjoyed sharing her loves with others. Dolores Kelledy and Ann Johnson, who house-sat in Denver during summer months, visited Dolie day in and day out. They would travel to Nebraska together for a day’s shopping at the Pendleton woolen outlet. Sister Mary Katherine Hammett recalls that Dolie cooked four-course meals when she and Margaret Ryan hosted their Community Group meetings. Dolie also cooked elaborate dinners every Monday night for St. Vincent’s Monsignor Rasby and other guests. She loved animals and had a dog. She loved to read and had many books. She loved sports; even in the novitiate, she and Sister Maria Louisa organized a baseball team. She loved to drive, had a fancy car given by her family, and let it be known that she was ready at any time to drive Denver sisters wherever they wished to go.

Dolie retired several times from St. Vincent’s, only to return in a part-time capacity. In 2000 she moved to Loretto Center in Denver and in 2005 finally left her work at St. Vincent’s. She moved to Loretto Motherhouse Infirmary in 2009, where she died quietly, March 22, 2016, near the friends with whom she had shared her ready sense of fun and her enjoyment of life.

A note in Sister Marie Dolorosa’s personnel file states that she guided her life by this saying: “Stick close to God and everything else falls into place.” 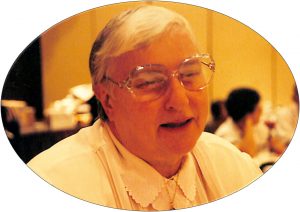 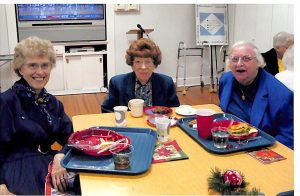 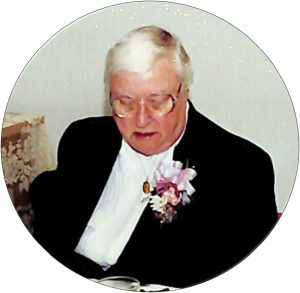