Remembrance of the Life of Sister Simone Inkel SL 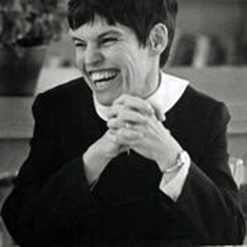 Sister Simone Inkel began life as Marie Rolande, one of eight children of Oliva and Marie-Anna Boufford Inkel, French Canadians who had settled in Mobile, Ala. Marie Rolande had an older sister, Simone Marie, who entered the Sisters of Loretto four years before Rolande, taking first the name Sister Mary Rolande and later changing to Sister Maxine. When it became Rolande’s turn to enter Loretto, she returned the favor, taking the name Sister Mary Simone.

The younger Rolande met the Sisters of Loretto at Bishop Toolen High School in Mobile, where she found Sister Charlene “a real spiritual mother.” After graduation from Toolen, she worked for two years as a stenographer at Providence Hospital. Then in September 1948 she wrote to Reverend Mother Edwarda: “My mother and I visited Sister M. Rolande at the Loretto Motherhouse in October 1946. I saw how very happy my sister was then and I believe I, too, can find that same happiness by dedicating my life to God.” Mother Edwarda responded: “It will be nice to have another Rolande at Loretto and we can tell you in advance that you will find the same happiness from the dedication of your life … as you saw shining forth from the countenance of your big sister.” Rolande entered Loretto in October 1948 and received the habit and the name Sister Mary Simone on April 25, 1949. She made her first vows on April 25, 1951, and her final vows Aug. 15, 1954. 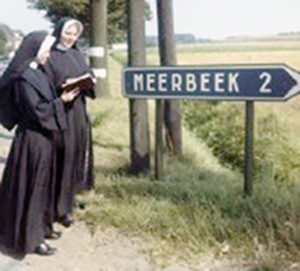 Sent immediately to Loretto Academy in Kansas City, Mo., to replace an ailing primary teacher, Sister Simone remained to teach first and second grades in Kansas City for four years and then primary grades at St. Michael’s School in Houston for six years. During the summers she gradually earned her bachelor’s degree from Loretto Heights College in Denver. In 1962 Sisters Simone and Anna Barbara Brady were sent to Lumen Vitae Catechetical Center in Brussels, Belgium. Sister Simone wrote to Mother General Mary Luke Tobin, “I’m following the primary practical formation section. The Center is a catechetical center for all levels but we attend the classes for ages 9-10 … The core of it all is to bring the children into a personal contact with God.” At Lumen Vitae, Sister Simone studied under notable theologians like Father Bernard Haring. She wrote of the liturgical innovations and the work of Father Joseph Gelineau, “You can tell that his aim is to let the people really enter into the offering of the Mass in an intelligible way.”

Returning to the United States, Sister Simone joined the theology faculty at Loretto Heights College, and a year later enrolled in a master’s program in theology under Father Bernard Cooke at Marquette University in Milwaukee, which she completed in 1966. 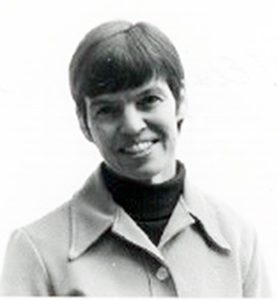 A year later, Sister Simone moved to Immaculate Conception Parish, Highland Park, Ill., taking charge of religious education at the parish level. She wrote at the end of three years to the people of the parish: “My previous work had been in theology on the college and archdiocesan level in Denver. I wanted to work in a parish to discover how theology could touch the daily lives of people at the grass-root level of the home, the parish, the city. My concern and interest was primarily in helping to develop the faith of the adults in our parish. … I presently have many questions about the future of religious education: the need to do Christianity more than to teach and talk about it. … I need time to stand back from it all to pray and reflect. I also am searching for a new prayer orientation in [my religious] community life that is in some way identified with the poor. I plan to take time out, to discern more clearly where God might want to find me next.”

With these needs in mind, Sister Simone moved to Loretto Motherhouse in August 1971, choosing a quiet place in the Novitiate building to begin what became a life-long ministry of prayer and service. She was joined by others who formed with her the Christina Community at the Motherhouse in 1974. Among the group was Sister Lois Conarchy with whom Simone went on to create an enduring ministry “combining a deeper life of prayer with service to the aging and sick. Simone published a monthly newsletter, “The Butterfly,” reaching several thousands of senior citizens across the country in a personal and spiritual way while providing facts about government benefits and other helpful information. In 1989 Simone and Lois moved their work near Saint Meinrad Archabbey in Indiana. In 2002, they were invited to continue their ministry of prayer and service to the elderly alongside the Little Sisters of the Poor at St. Augustine Home in Indianapolis. 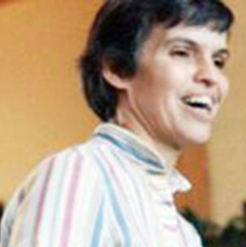 After a lifetime dedicated to God in prayer and service, Sister Simone Inkel surely has found the happiness she sought in Loretto 68 years ago. We pray with her in the words of the Loretto vows that Sister Simone may be received into the arms of God’s infinite goodness.