Remembrance of the Life of Alma Schuler CoL 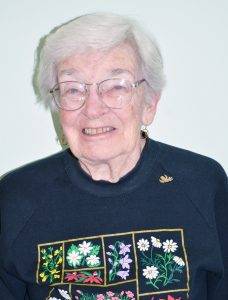 Alma Marcella Schuler was a quiet, gentle woman often introduced in Loretto circles as “the younger sister of the Schuler twins.” Alma, known in the family as Peggy, was the third child of Leo Joseph Dominic Schuler and Elizabeth Lillian Olges of Louisville, Ky. Peggy was unusually close to her twin sisters, although they were nearly two years older than she. All three were classmates and constant companions from the time Alma reached the second grade. They made their First Communion together at St. Rita Elementary School in Okolona, on the outskirts of Louisville; and they attended Bethlehem Academy high school in St. John, Ky., graduating together in 1936.

Mary Schuler, one of the twins, soon entered the Loretto novitiate and in 1937 took her father’s name, becoming Sister Leoann. Alma and the second twin, Catherine, found work in the business world in Louisville, thanks to the excellent training they had received in typing, shorthand, and bookkeeping from Sister Rose Alexis Nold at Bethlehem. In 1943 Catherine also joined Loretto, taking the name Sister Rose Alma in honor of the younger sister who remained behind “in the world,” and who cared for their mother during her final year.

Much of what we know of Alma Schuler is drawn from a testimonial biography composed by her colleague, friend and confessor, Father Alfred Horrigan, delivered at a celebration of Alma’s 75th birthday. Father Horrigan wrote, “When Alma and her sisters graduated from Bethlehem in 1936, it was the depth of the Great Depression. Jobs were hard to find and salaries were meager indeed. Alma’s first job was with the Red Cross, followed shortly afterward by employment at a law firm. Alma’s starting salary was $13.50 a week. She enjoys recalling that her daily lunch budget was 15 cents.” Even so, a note in Alma’s file reveals that within five years, she had completely paid the outstanding bills for her education at Bethlehem.

Alma worked for more than 10 years for law firms in Louisville, serving as secretary/bookkeeper, first in a general-practice law firm then in a large firm specializing in corporate and tax law. In the fall of 1949, Louisville Archbishop Floersh announced the creation of a Catholic men’s college to be called Bellarmine to open the following year. Alma’s confessor and friend, Father Horrigan, was asked to be the first president, and he asked Alma to serve as his secretary.

Father Horrigan knew he had chosen one of the best. From 1950 to 1973, Alma played a vital role in the daunting task of starting a college. Trained in human relations, business law, accounting and secretarial work, she brought a critical skill set to the fledgling institution. At the same time, Alma was quite active in the National Secretaries Association (now known as the International Association of Administrative Professionals), even serving two terms as its president. In his tribute on Alma’s 75th birthday, Father Horrigan said, “For 23 years Alma was consistently one of the college’s greatest assets. One of her most notable contributions was her skill in communication with faculty and students and such support groups as the Board of Overseers, the Civic Council and the Women’s Council. “

When Father Horrigan left Bellarmine, Alma continued as his secretary in his new role as Executive Assistant to Archbishop McDonough. The two relied heavily on Alma’s relationships with diocesan lay leaders and organizations as together they founded the Archdiocesan Commission for Peace and Justice. After three years, Father Horrigan was appointed pastor of St. James Church and again Alma joined him in his pastoral assignment. Until her retirement to Loretto Motherhouse in 2008, Alma was an active participant in the works of peace and justice at St. James and in service to its elder parishioners. At the Motherhouse she continued to share her quiet companionship and spirit of service with the local community and with her family, who were frequent visitors.

Besides her close association with Father Horrigan, Bellarmine and St. James Parish, Alma maintained close ties with her family and with the Sisters of Loretto. Following her mother’s death in 1944, her father had remarried and there were three younger Schulers. The closeness and devotion which continued to characterize the relationship between Alma and the twins expanded to include young Leo, Sally and Becky. Alma’s summer vacation travels, camping adventures, and gatherings at Alma’s Louisville home often brought together her family, Loretto and Bellarmine connections.

In 1985 Alma attended the special Loretto gathering at Estes Park, Colo., after which she contacted Mary Frances Lottes about becoming a Loretto Co-member. She was formally accepted as a co-member on April 6, 1987. Alma’s contact during the co-membership orientation process was Val Novak SL, who summarized Alma’s contributions to Loretto: “Alma has broad knowledge of the Louisville civic and church community and she makes this available when appropriate. She is willing to have her home be a hospitality spot, and she is a willing helper in any cause or activity. The Louisville and Motherhouse communities are enriched by Alma’s consistent presence and participation at activities and events. [Through her] the community can become more conscious of how Loretto influence makes an impact on the way people we touch direct their lives. Alma considers the major benefit of co-membership for her to be the formalizing of her already-existing, long-term relationship with the community. She especially appreciates the opportunity to participate in events of a spiritual growth nature.”

As a young adult, Alma made a private vow of celibacy according to which she faithfully lived the rest of her life. Her friend and colleague, Father Horrigan said of her: “Alma’s most accommodating virtue is one that is mightily praised by Jesus in the eight beatitudes — the virtue of single-heartedness. Over the years Alma has displayed an unwavering commitment to her religious ideals, to her family and friends, and to her work, which she has always viewed not so much as mere employment but as a vocation in the most complete sense of the term.” 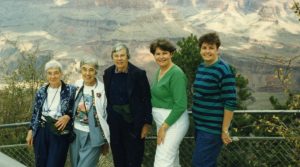 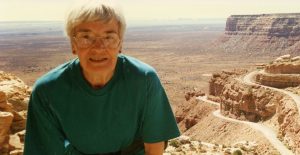 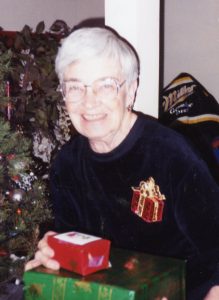 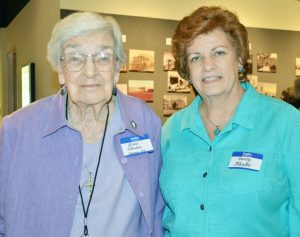 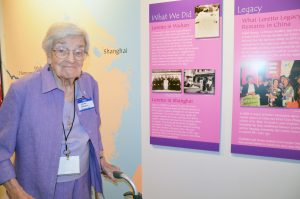 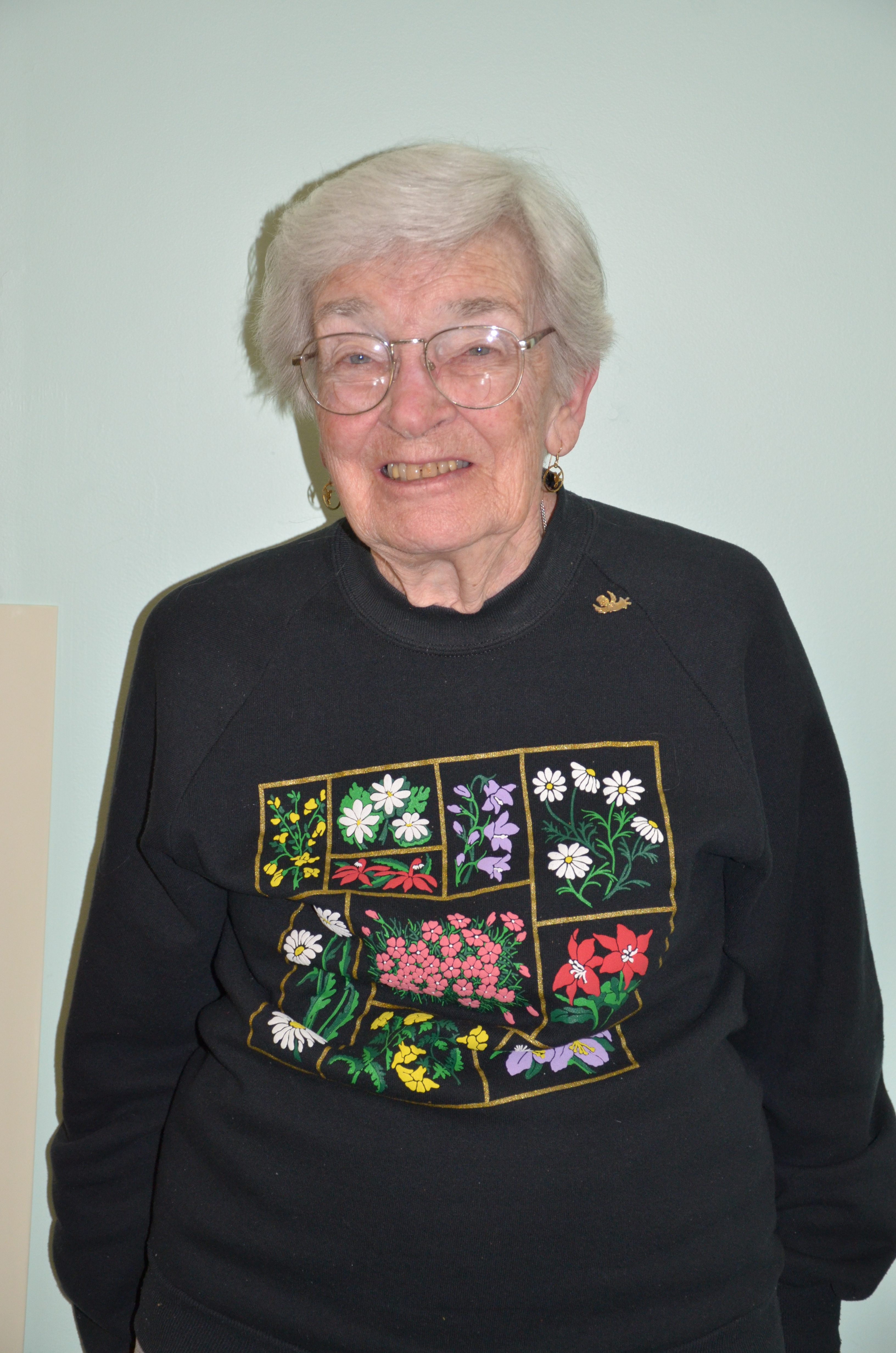