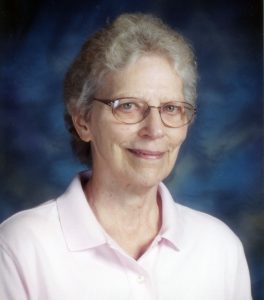 Jane Clark was born in Lebanon, Ky.,  a descendant of two of Kentucky’s earliest Catholic families.  Her father was John Dennis Clark of Lebanon and her mother Lucy Thomas of Calvary.  Jane loved to repeat her father’s laughing claim that he had been born in jail.  He was the son of the Lebanon city jailor; his mother was the cook for the jail; and the couple lived on the grounds.  Hence, Jane’s father was born in jail.

Jane had two older brothers, J.D. Junior who became a CPA, and Thomas, who was ordained for the Louisville archdiocese.  She and her brothers and their younger sister, Lucy, remained lifelong friends, visiting frequently even though Jane was often far away in southwest Texas.  All four attended St. Augustine grade and high school in Lebanon, taught by the Sisters of Loretto.

Graduating from high school in 1944, Jane went to Webster College in St. Louis for four more years of Loretto education.  She became famous among Webster alumnae for her cut-up ways, her teasing and her playful tricks.  At one time she and a classmate, Bill Bradley, loaded the juke box onto the dormitory elevator and sent it upward with a popular song playing lustily.  Although she became more sober as she matured, Jane could always detect student shenanigans, having had some experience herself.

Completing her bachelor’s degree at Webster College (now University) in Webster Groves, Mo., in 1948, with a major in English and minors in Spanish and philosophy, Jane immediately followed through on a plan to join the Loretto Society.  She wrote from Lebanon in a typed letter to Mother Edwarda at the Motherhouse:

“If you have given it any thought, I suppose you thought I had changed my mind about wanting to join your society.  On the contrary, it is still my very sincere desire.  I realize that I have seen you several times this summer and should have told you, but each time seemed more inconvenient than the other.  If this were wrong, please pardon me.

“When I came home in June and informed my parents of my plans, my Mother immediately began to insist that I go to a doctor for a thorough examination.  And that is why I have delayed.  I was not able to see the Doctor in Lexington until the first part of this month.  Now that my Mother is positive that I am rather normal, I am free to do as I wish.  With your permission I wish to enter the novitiate in October.”

Jane was received on April 25, 1949, donning the Loretto habit and taking her father’s name, Sister John Dennis.  She made her first vows Aug. 15, 1951, and was sent immediately to Loretto Academy on Lafayette in St. Louis to teach high school English.  After just one year, Jane went to the West where she would spend all but three years of her teaching career.

First, for eight very enjoyable years, she taught English and Spanish at Immaculate Conception High School in East Las Vegas, N.M.  She intensely loved the students there.  She was assigned to Machebeuf High School, Denver, for one year in 1960, and to St. Agnes High School, Springfield, Mo., from 1961 to 1964.  Along the way she earned a master’s degree in education from Marquette University in Milwaukee.  Then she settled down for 40 years at Loretto Academy High School, El Paso, Texas!

Sister Matthew Marie Grennan, principal at Loretto Academy, had asked for Sister John Dennis, no doubt impressed by John Dennis’ practical bent, her teaching ability and her considerable organizational skill.  John Dennis was immediately assigned the role of assistant principal and counselor, as well as head of the English Department and, quite soon, also the head of the boarders.  After three years, Matthew Marie moved on to the new St. Lawrence High School in Santa Clara, Calif., and Sister John Dennis, soon known as Sister Jane, assumed the job of high school principal.

In 1965, Jane’s second year at Loretto in El Paso, Sister Eileen Custy returned from a year in Brussels at Lumen Vita.  The two became and remained good friends.  Jane told Eileen how she and Matthew Marie had been going round and round a table with pieces of paper, placing individual students in class groupings.  Soon Jane brought the school into the computer world, first accomplishing the scheduling through computer punch cards and later teaching herself new computer applications to organize the scheduling and create report cards.

Jane served as high school principal for nine years, then as assistant principal and counselor again.  From 1976 until 2004, when she and Eileen moved to the Motherhouse, Jane served the school and the community at Loretto in El Paso in many and varied ways.  Mostly, Eileen said, Jane worked in the background, doing what needed doing; she was a great support to whoever was in charge.  She was always interested in and curious about computer developments.  She enjoyed going to computer stores, where the sales staff would be surprised at her up-to-date knowledge and detailed questions.  She was very happy to share her skills with others and use them for others’ benefit.  In the early years of her retirement at the Motherhouse, Jane even created valuable index files for the Loretto Heritage Center.

One of many colleagues at Loretto in El Paso, Johanna Brian, wrote about Jane recently:  “What a gift!  I’ll never forget her unflappable cool, her elegant stride, her ghost of a smile, her explosive on-time laugh, her expertise with all things electronic.”

True to her Kentucky roots, Sister Jane Clark contributed a lifetime of accomplished teaching, practical service and faithful friendship.  She died at Loretto Motherhouse Infirmary in the 68th year of her religious commitment as a Sister of Loretto.  May she rest in peace. 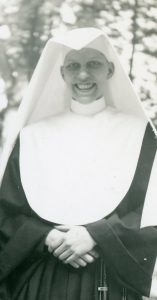 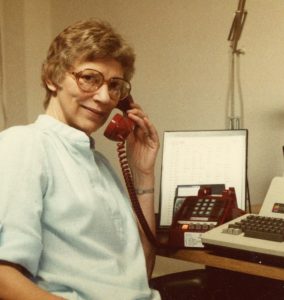 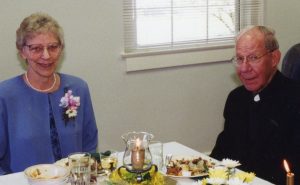 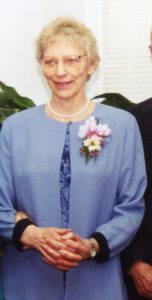 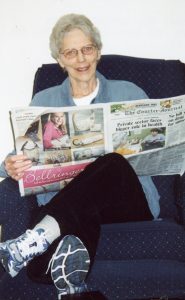 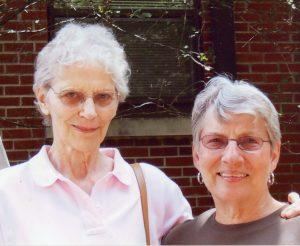 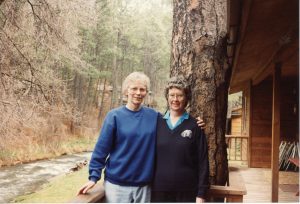 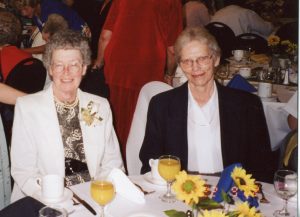 From left, Loretto Sisters Eileen Custy and Jane Clark, circa 2002